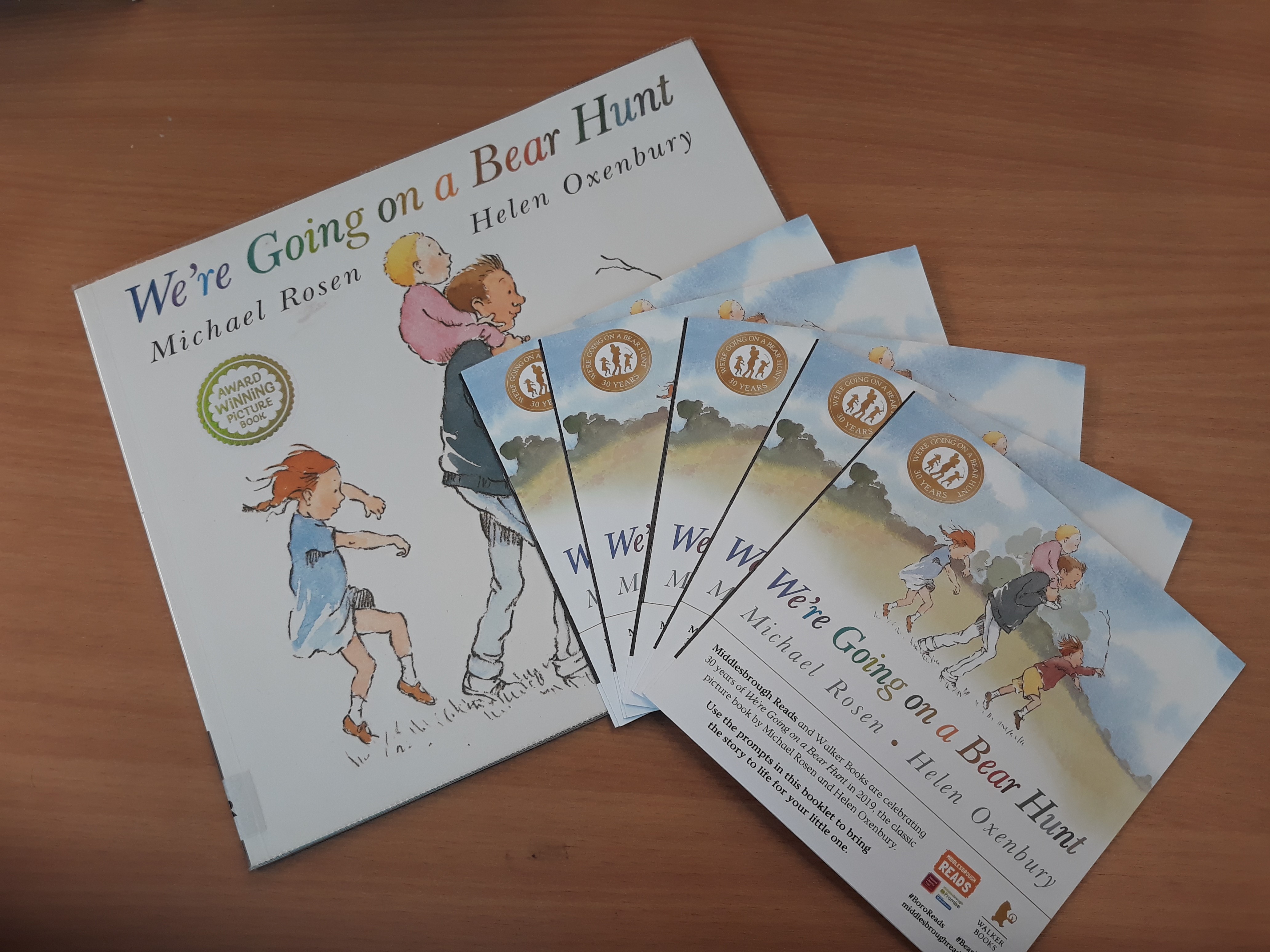 The National Literacy Trust’s Middlesbrough Reads campaign has teamed up with Walker Books to provide families with free special edition copies of We’re Going on a Bear Hunt by Michael Rosen, illustrated by Helen Oxenbury, when they visit their local library.

To mark three decades of the popular story, Walker Books has made the generous donation to several of our Hubs. The celebrations kicked off with a real-life bear hunt at ZSL London ZOO with author Michael Rosen earlier in the year, and now children in our longest-running Hub, Middlesbrough, will be receiving books when they pop into Middlesbrough Central Library.

We’re Going on a Bear Hunt is the much-loved picture book about a family adventure to seek out a bear. It recently featured as part of the Middlesbrough Reads Best Reads list, as voted for by school children in the town.

To make the most of this opportunity, the Middlesbrough Reads team has also developed an interactive booklet to be distributed alongside the free books. It follows the general outline of the well-loved story, with additional prompts to encourage families to engage with the images and bring the story to life. It will also be available as part of our Stoke Reads, Peterborough Reads and North Yorkshire Coast Our Stories campaigns.

“We’re delighted that children in Middlesbrough can enjoy the story of We’re Going on a Bear Hunt like so many children who have come before them. The interactive leaflet is a welcome addition as it encourages families to have conversations and make the most of play and story time, which we know can make your child happy and help them to learn.”